Berkshire was situated to the west of London and stretches from Windsor in the east to Newbury in the west and Abingdon in the north. Part of the north of the county consisting of Abingdon and the surrounding area (known as the Vale of the White Horse) was transferred to Buckinghamshire in the 1974 reorganisation, but Berkshire also gained Slough and the surrounding area from Buckinghamshire at that time. Today Berkshire county council no longer exists as an administrative body, after six separate unitary authorities were created in the 1990s (Bracknell Forest, Reading, Slough, West Berkshire, Windsor and Maidenhead and Wokingham).

The county town was Reading and today the six unitary authorities jointly support the Berkshire Record Office which is located in Reading close to where County Hall once was.

Originally Berkshire was almost entirely rural and your Berkshire ancestors are very likely to be connected to agriculture in some way, whether as farmers and landowners or as agricultural labourers. With the coming of the railways in the nineteenth century, many workers also went to work in London or other towns and cities.


The map below shows the original boundaries of Berkshire before the various reorganisations and includes the railway lines. Click on the map itself for a larger version. 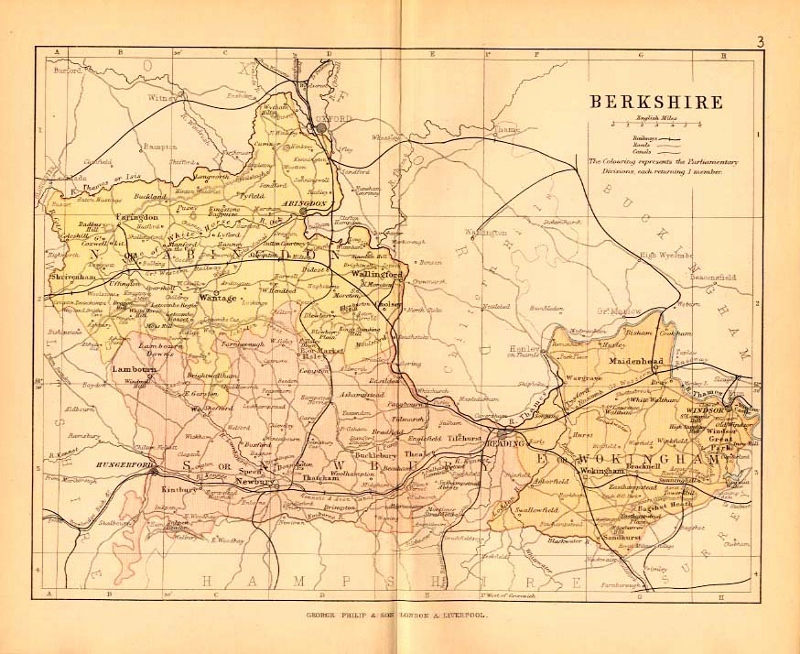