Kent is situated to the south-east of London and stretches from the Medway towns in the north to Dover in the east and Tunbridge Wells in the south.

Originally a large part of what is now south-east London was part of north-west Kent, but this was detached during the 19th century and further expanded in the 1960s. The Medway towns of Rochester, Gillingham, Chatham and Rainham were formed into the unitary authority of Medway, leaving the more rural part of Kent to form the modern county.

Traditionally Kent was divided into two halves, the division being the River Medway. Those living west of the river were known as "Kentish Men" and those living east of the river as "Men of Kent". Your Kent ancestors may have been agricultural workers (if they lived inland) or worked in one of the maritime industries (if they lived near the coast or on the Thames estuary).

The county town is Maidstone, and this is where the Kent History and Library Centre is located. Other record offices within the county are  the Medway Archives and Local Studies Centre in Strood near Rochester, and the  Canterbury Cathedral Archives in Canterbury.

The map below shows Kent towards the end of the 19th century. Click on the map for a larger version. 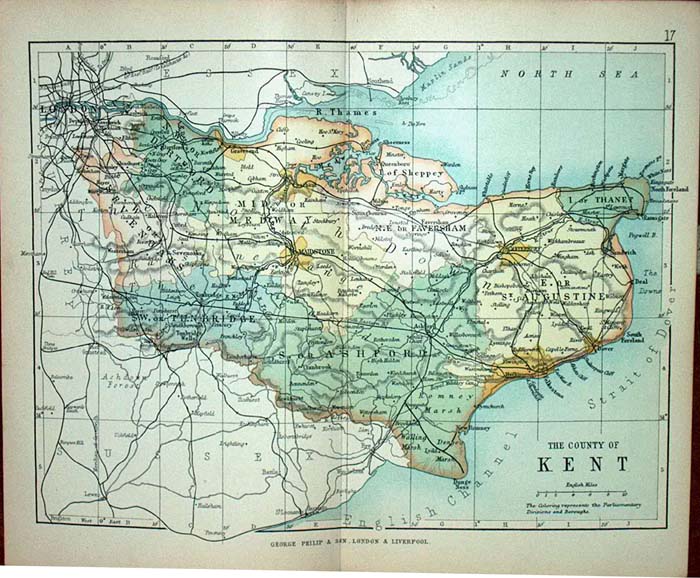