The City of London is also known as "The Square Mile" and is as its nickname implies approximately one square mile in area (about 2.5 square kilometres). Originally enclosed by a city wall it is now the financial district of modern London.

Historically the Roman city of Londinium was founded here, and for hundreds of years the city has been the country's centre of trade and commerce. Expansion outside the original square mile started to take place in earnest during the 18th century and by the 19th century the original City was only a small part of the wider metropolis.

The County of London was formed in the 19th century from the wider London metropolis (except the City) and part of Middlesex and was subdivided in 1900 into 28 London boroughs. The County existed until 1965, when it became Greater London, along with most of Middlesex. Greater London itself was abolished as an administrative area in 1986 when its functions were given to the 32 London boroughs, although the term 'Greater London' is still used to describe the boroughs collectively.

Records of both the City and County of London are held at the London Metropolitan Archives in the City of London, with some records also held by local London borough archives.

The map below shows the City of London in about 1830. Click on the map for a larger version. 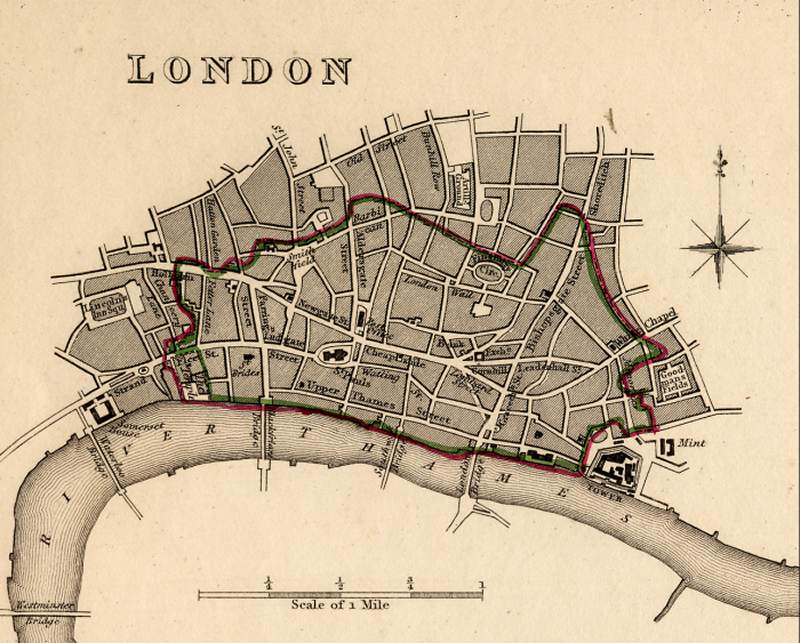 The map below shows the County of London in 1900 and its divisions into the various boroughs. Click on the map for a larger version. 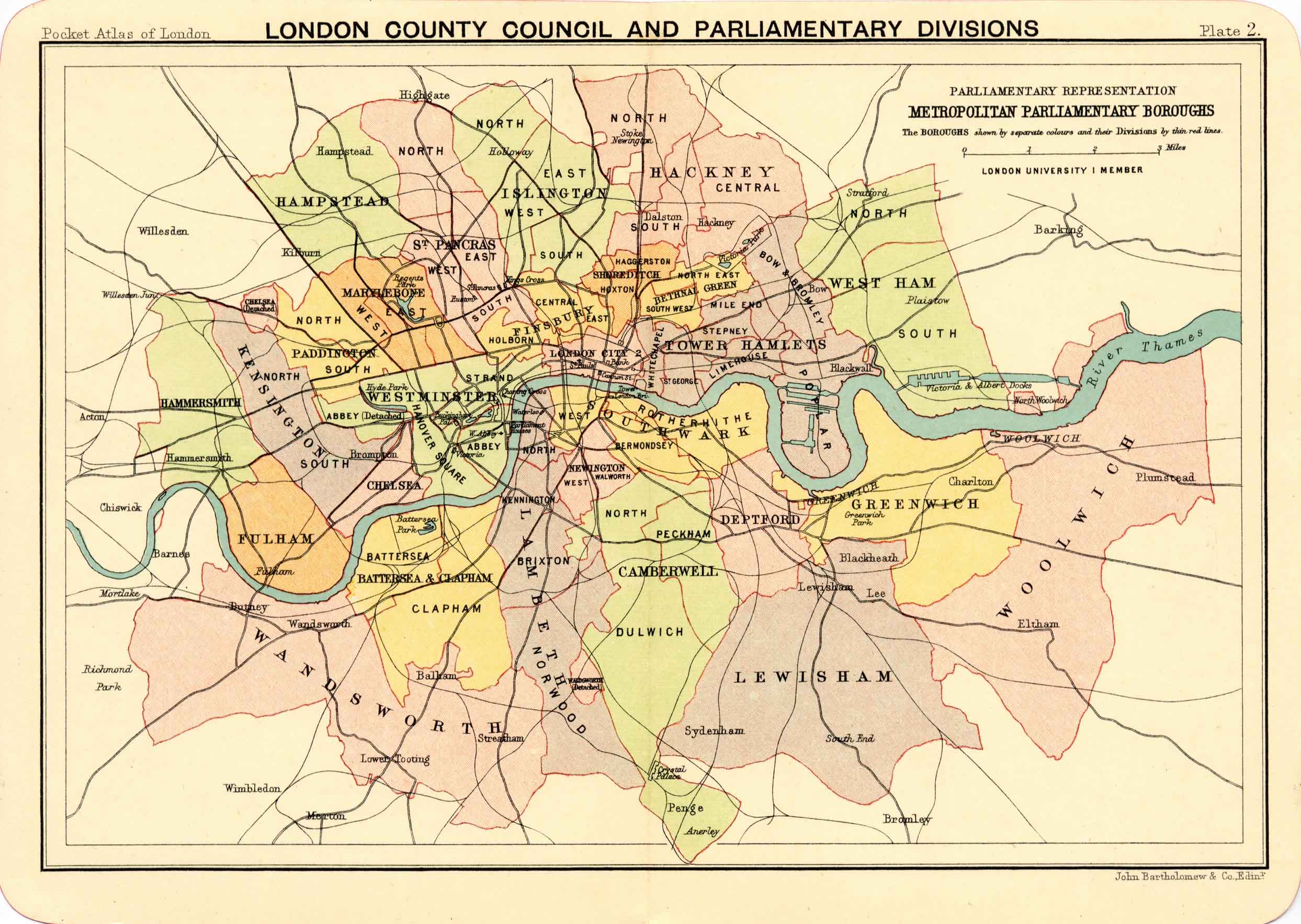