Surrey is situated to the south of London and originally stretched from Wimbledon in the north-east to Guildford in the south-west. Part of the north-east of the county has been absorbed into Greater London although Surrey did also gain part of the old county of Middlesex (Spelthorne).

The county town is Guildford, but until 2020 County Hall was still located in Kingston-upon-Thames, originally part of the historic county of Surrey but part of Greater London along with several other boroughs since 1965. The Surrey History Centre is located in Woking and holds the historical records for Surrey.

The map below shows the old county of Surrey during the 19th century. Click on the map for a larger version. 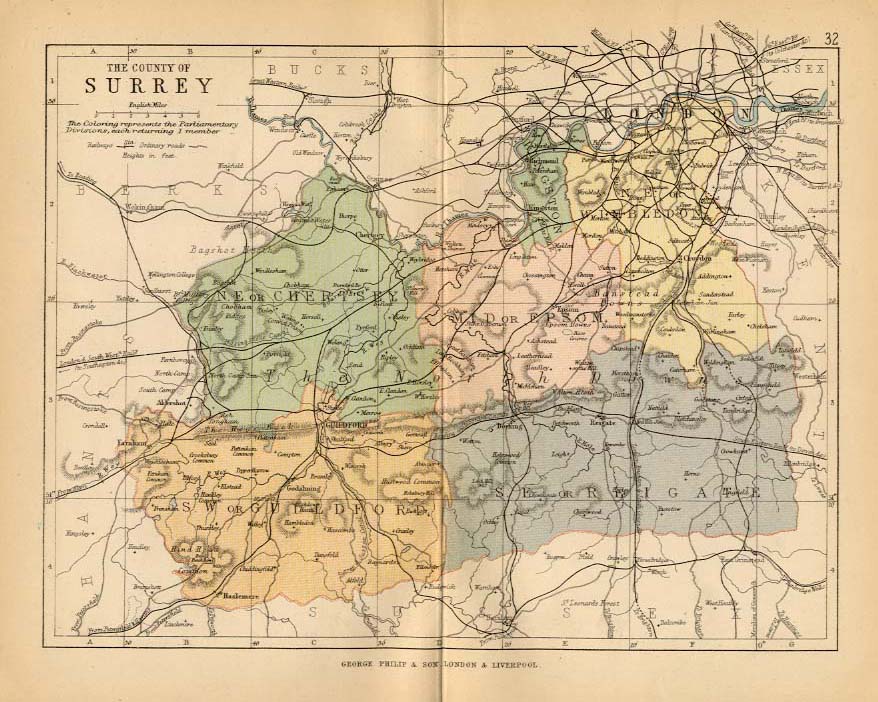